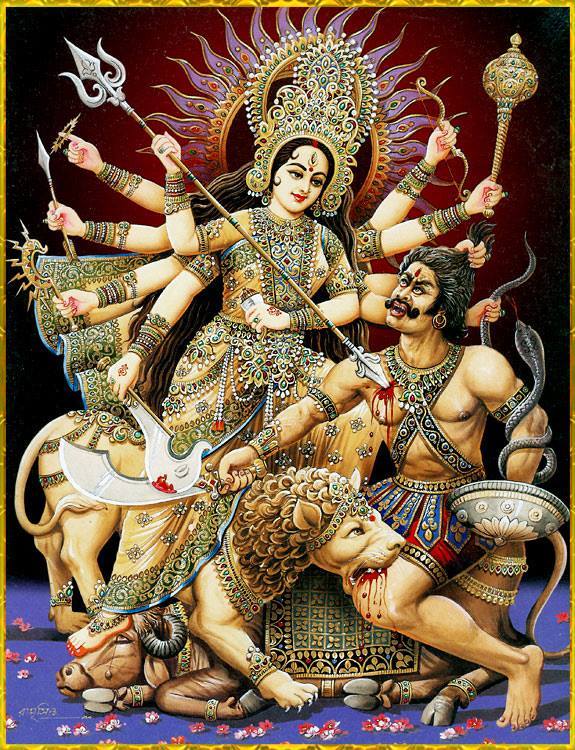 Tahirpur is a municipal town of Bagmara upazila under the district of Rajshahi. It is situated on the bank of the river Barahi or Barnai. It is said that, Tahirpur has been named after a certain Pathan fief-holder Tahir Khan. It is a very old zamindari. It came into being in the beginning of the 15th century. Its founder was one Kamdev Bhatta, a Barind Brahmin who ousted the Pathan fief-holder Tahir Khan and laid the foundation of the zamindari during the independent Sultanate period (1338-1538) of Bengal.

The most noted zamindar of Tahirpur was Raja Kansa Narayan, son of Hari Narayan. It is recorded that by spending taka nine lakhs he arranged for the gorgeous celebration in modern fashion of Durga Puja festival in Bengal. The Hindu leaders of Bangladesh in a puja reunion meeting at Tahirpur Durga Mandap in October 2013 extended gratitude to the Awami League Government for releasing the property from Vested Property and hand over to the Hindus for performing religious rotes there, The Hindus appeal to Sheikh Hasina’s government to declare 500- years’ old heritage site of Tahirpur Durga Mandir as the ‘National Durga temple of Bangladesh’ and build tourist facilities and amenities there to make it an international tourist site.

Another story says the landlords or zamindars of Dinajpur and Malda initiated the first Akchala Durga Puja in Bengal. While the third states that the first grand Puja was organised by Raja Nabakrishna Deb of Calcutta in honour of Lord Clive in 1757. Earlier the puja was organised only by the rich families who had the resources to spend on elaborate worship. In the late 19th and 20th century, the middle class in Calcutta and East Bengal brought about a transformation and started the tradition of Community Puja or Sarbojanin Puja.

The Community Puja is organized by each and every locality where a committee collects fund from the people to meet the expenses for the pandal construction, sculpture preparation, ceremonies, etc. It involves feasting, organization of games for children and other activities for all the people of the locality. The creation and ornamentation of the sculpture is marked by rites and rituals. The clay used for the sculpture of Goddess Durga is collected from the banks of river. There is an old custom of mixing a handful of soil collected from the locality of sex workers and then making the sculpture.

It may be mentioned here during Bangladesh War Hindus as evacuees in relief camps in India also observed Durga Puja in 1971. I was then at war could remember all those days in 1971. Pakistan had declared emergency in November 24 and made a formal declaration of war with India on December 4, 1971. The whole Hindu refugees were on the street. Chanting ,’Joy Bangla’ Women repeatedly sounding ’ULU’ as if Devi Durga was marching to face Demon Mohishasura. More than hundred Durga puja pandels were erected in the refugee camps. It may be mentioned here Indira is also one of name of Devi Durga. The Liberation War of Bangladesh is the most memorable event in her brief history as it brought about her independence.